How I envy Lady Ottoline Morrell – well, perhaps not her features (Augustus John, who painted her, said she had a ‘prognathous jaw and bold baronial nose’ – not that these prevented her from having numerous lovers, including Roger Fry and Bertrand Russell), but her life. With funds and time and bold tastes she created a fabulous garden at Garsington Manor, where she entertained the likes of DH Lawrence, Mark Gertler and Leonard and Virginia Woolf…the latter enquiring once ‘Is the air ever normal at Garsington? No, I think even the sky is done up in pale yellow silk’. The silks in Lady Ottoline’s workbox offer an insight into her planting preferences for the box-edged beds in her flower garden. The palette is of bright flowers, the burnt orange of marigolds and hot pinks of zinnias. 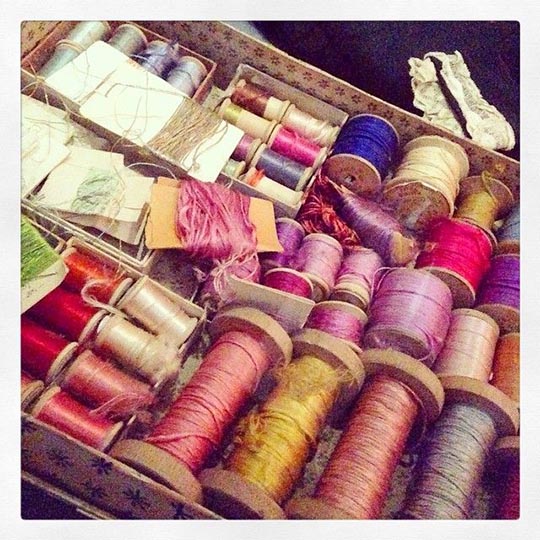 In my book Virginia Woolf’s Garden, I suggested that the Woolfs may have been influenced by Garsington in their design and planting of the garden at Monk’s House. Only in the way that the humble visitor to Sissinghurst might ‘have a go at a bit of a purple border next season’. Lady Ottoline had exquisite taste and deep pockets: the Woolfs, much as it pains me to admit it, had neither. Where Ottoline installed Italian statues, Leonard opted for reconstituted stone shepherdesses from the local grocery shop, but in both gardens there was an Italian garden, a terrace, and a patchwork of beds filled with bright flowers high in summer, paths weaving between them. 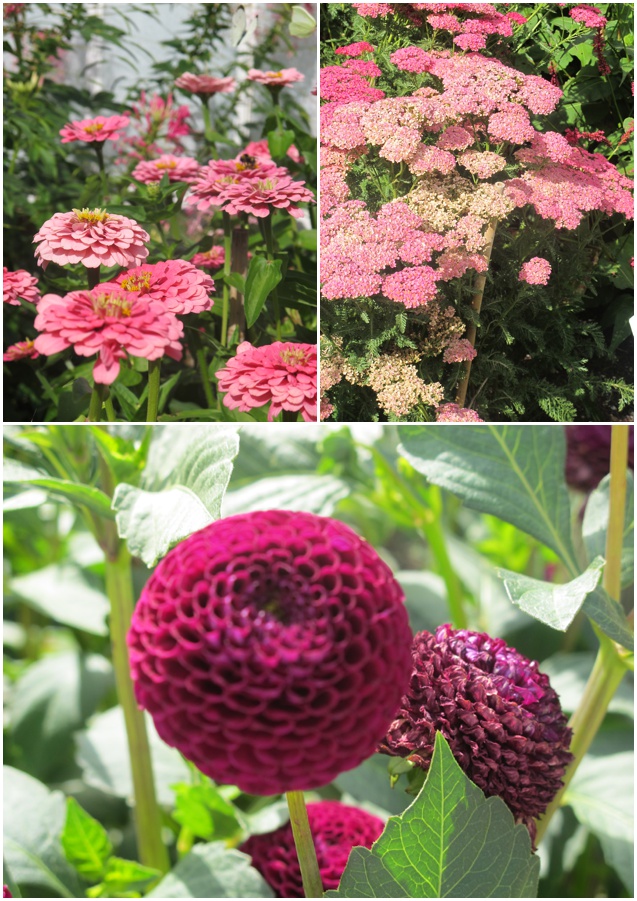 Ottoline embroidered tirelessly…a shawl for Virginia (certainly a gift from Ottline, possibly not her handiwork), a firescreen for Duncan Grant and a huge floral bedspread, a ‘brilliant jungle of silk leaves and blossoms’. She started it in 1916, and had two helpers, working on it throughout the Great War.  We embroiderers do a lot of thinking as we stitch: ‘How much is woven in that coverlet. How intense the feelings as we worked at it. What interesting and vital ideas were bended with the silks and woven into the pattern of gay flowers. Some flowers must still be bright with poetry, some dark and smudged with war, others vivid and bizarre with thoughts of life, and a lovely rose will always speak of the fragile beauty of love and friendship, and a sunflower was like one that grew in the garden with thoughts of Blake’s ‘Weary of time’ http://www.poetryfoundation.org/poem/172905.

Someone, somewhere, has that coverlet….but in the meantime I imagine the flowers may have looked something like this, taken from a textile treasure I was given by a dear friend. 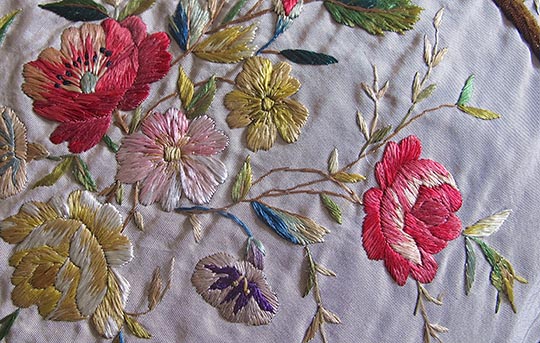 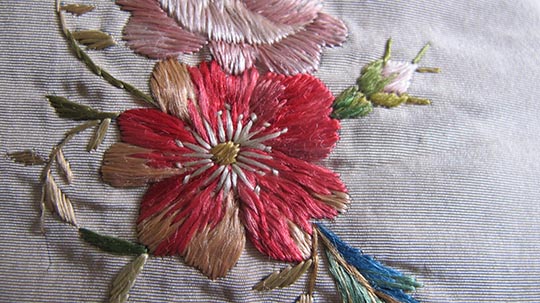 Now You Found Me…

This error message is only visible to WordPress admins